One of the most popular sites in Tokyo is the Meiji Shrine (Meiji Jingū), which is dedicated to the Emperor Meiji, the first emperor of ‘modern’ Japan, and the Empress Shoken. Emperor Meiji was born in 1852 and ascended to the throne is 1867 at a time when Japan’s feudal Shogunate era was coming to an end and the country was becoming westernised. The shrine was completed in 1920, eight years after the emperor’s death and was destroyed during World War II but rebuilt shortly after. 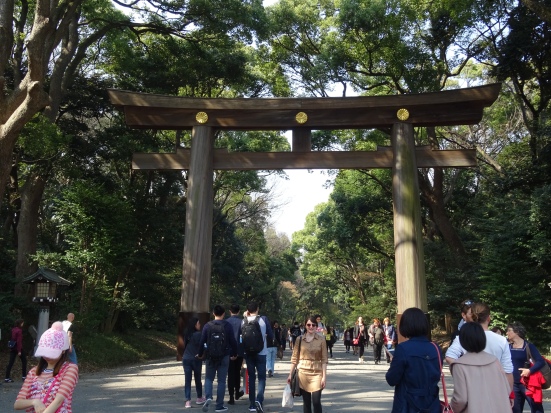 Meiji Jingū is a 10 minute walk from the bustling Harajuku Station and set in a tranquil forest of 100,000 trees. A huge torii gate marks the entrance, and visitors can take part in the usual Shinto activities such as making an offering in the main hall, buying charms (omamori) or writing a wish on an ema. On your approach, you’ll spot the wall of sake and wine barrels, which are offerings to the shrine. 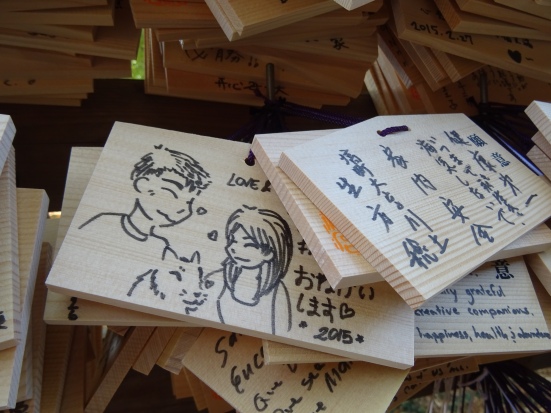 If you’re lucky, you’ll also catch a Shinto wedding. These take place at the shrine throughout the year.

One thing we didn’t expect to see was loads of high school students wandering around the shrine’s inner gardens with lacrosse sticks! I was so intrigued I asked one group for a photo and they kindly obliged, then one of the girls took a photo with me on her phone. I like to think that photo is floating around somewhere on her Facebook… There were also tents, buses and mascots on the edge of the shrine, so we figured there was a tournament coming up and everyone was bringing their sticks to be blessed. If you actually know what it was really all about, let me and Oana know in the comments to put our minds at ease.

I really hope these four won their tournament!

One of those mascots look a bit worse for wear…

After a lovely relaxing stroll around Meiji Jingū, we backtracked towards that famous fashion hotspot Harajuku for some SHOPPING. OK, we only bought a hair bobble each but that still counts. Don’t worry, I took plenty of photos… 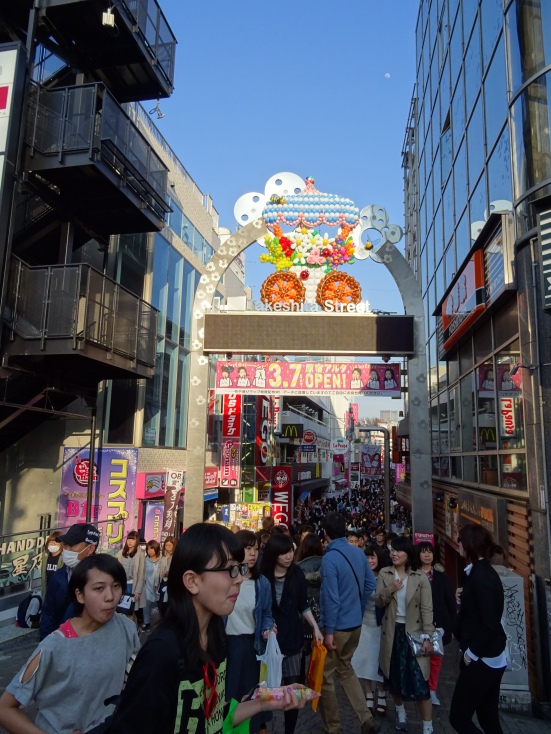 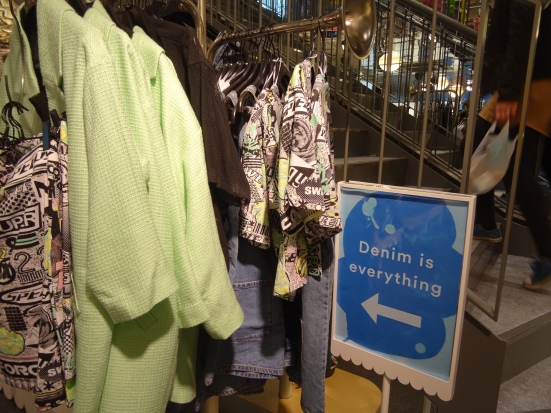 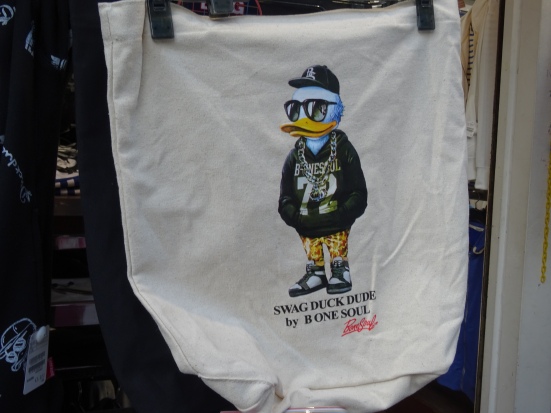 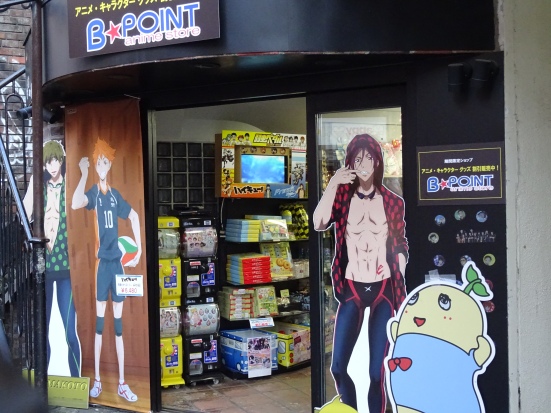 I had to take a photo of how ridiculous the Free! anime cutouts looked

I recommend combining your trip to Meiji Jingū and Harajuku with a picnic in Yoyogi Park, which I recently blogged about here.

Next time… we’re going to a very special samurai-themed cafe in Shinjuku!