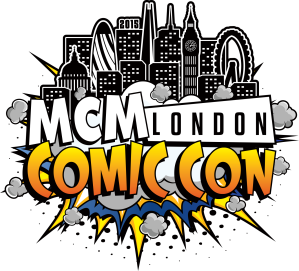 If you’ve not yet decided how to spend your Halloween weekend, you might want to get your tickets to MCM London Comic Con – coming to the ExCeL London on 28-30 October!

If you follow this blog, the chances are you’ll know very well what MCM is but, for those who don’t, it’s essentially one of London’s biggest pop culture events. Fans of anime, manga and video games from all over the UK descend on London for the weekend and will find no shortage of things to see, do and buy.

I attended my first MCM Comic Con 11 years ago (damn, I feel old) and haven’t actually been to one for a while, but I’m looking forward to heading to the latest one in London. Below are a few Japan and anime-related things I’ve picked out for you fair readers…

It wouldn’t be a Comic Con without cosplay and, whilst I have no skill for it myself, I love photographing cosplayers! There’s no shortage of people dressed up as their favourite anime, manga and video game characters here and there are plenty of places to see them showing off their impressive craft skills. Of course, there will be plenty of cosplayers wondering around the exhibition centre and the area outside and, in my experience, they’re always happy to stop and pose for photos. You can also watch the Cosplay Masquerade on Saturday and Sunday, a mini masquerade on Saturday, the EuroCosplay Championships on Saturday and the Clara Cow Cosplay Cup UK Qualifier on Sunday.

If gaming’s more your thing, you’ll want to find the video game developers’ booths – which includes firm favourites such as Capcom, Bandai Namco and Koei Tecmo. They’re often demoing their latest and upcoming releases, and you’ll obviously have a chance to buy games from the various dealer stalls.

PopAsia is an area of MCM London Comic Con that brings together Japanese, Korean and Asian culture – including fashion and food. It also has its own stage that will play host to a mini cosplay masquerade and panel events. I suspect I’ll be spending quite a bit of time in this area.

MCM’s hosted plenty of big names in the ‘geek industry’ over the years and October’s no exception. Two voice actors from the popular RWBY web animation series, Arryn Zech and Kara Eberle, will be taking part in photo sessions and panels, and a number of popular Pokétubers (that’s Pokémon Youtubers) will also be at the Summer in the City area.

Don’t want the party to end? If you’re not knackered from a full day of MCM’ing, you can don your dancing shoes on Saturday night for the Mega Party. If you like dancing to your anime music and and glowsticks, this one’s for you.

Are you going to MCM London Comic Con? Are you cosplaying? What are you looking forward to most? Comment below! I’ll have my camera and spare battery on hand (Saturday only), so plan to capture all the action!