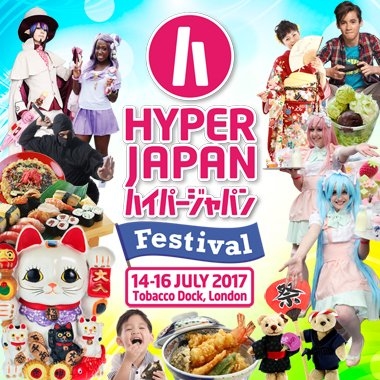 HYPER JAPAN returns to London this summer (14-16 July) at Tobacco Dock in London. This weekend festival of all things Japan has been running for a few years now and continues to prove popular with fans of Japanese pop and traditional culture alike. Tickets are still available and you can plan your visit by checking out the programme on the website, but here’s a taster of what’s in store…

There’s no shortage of stalls to buy your anime and manga good at HYPER JAPAN, and there’s also never a shortage of cosplayers milling around. Cosplayers will likely either want to sign up to or simply watch this year’s COSparade.

A big name anime guest coming to Tobacco Dock this summer is Kihara Hirokatsu who has worked on the production of some iconic Studio Ghibli anime films, including My Neighbour Totoro, Laputa: Castle in the Sky and Kiki’s Delivery Service. This will be your chance to glimpse some rare pieces of animation history or ask your burning questions to a seasoned anime industry insider.

One of my personal favourite things to be found at any HYPER JAPAN is the eclectic range of performances. These are also usually the ones to draw huge crowds. KIRIE will be bringing their fusion of traditional music and Japanese calligraphy to the stage, and Minzawa will be returning to impress with their shadow puppetry,’utsushi-e’ and other forms of traditional theatre. I’m particularly looking forward to the acrobatics of Tokyo Rickshaw! 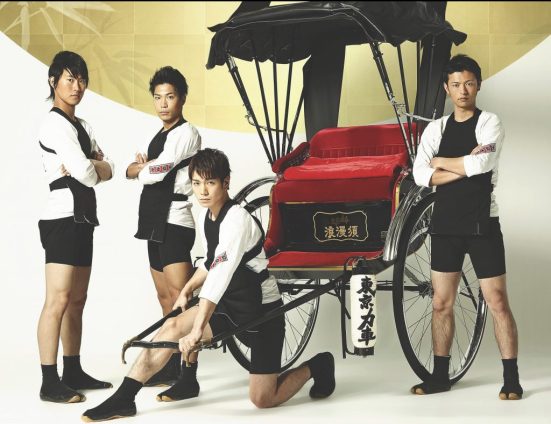 I’ve been following Danny Choo on Twitter for ages, so I suspect I’m not the only person who was excited that HYPER JAPAN had bagged this big-name guest. Danny Choo is the creator of the Smart Doll fashion doll line and Culture Japan character Mirai Suenaga, who become a mascot character for Japan tourism. Danny will be talking about Smart Doll, setting up your own business and more.

I was hoping my obsession with samurai (particularly handsome samurai in anime) might have died down by now. However, my excitement on hearing that The Age of Civil Wars would be coming to HYPER JAPAN clearly means it hasn’t. This mysterious rock band (appearing as anime-style samurai from the Sengoku era) will be coming to London but *gasp* performing in the flesh for the first time! 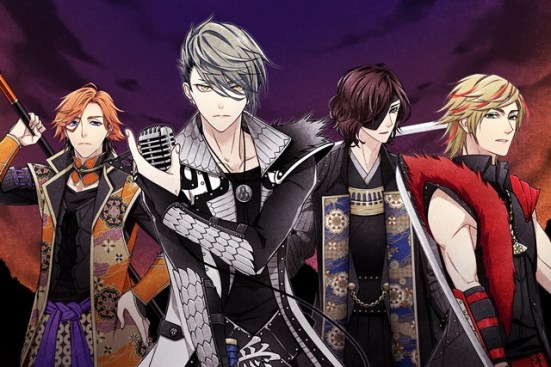 The Age of Civil Wars

If you’re a hands-on person, there’s plenty to keep you occupied. You could try your hand at Sumi-e calligraphy painting, traditional Ikebana flower arranging, needle felting some cute characters or making your own Japanese ecobag, so you can carry around all the stuff you bought.

I’m by no means a connoisseur of what’s hot in the Japanese music scene at the moment, but HYPER JAPAN seems to have most bases covered this year. Shamisen player Fuka Mariwo will be bringing her traditional-pop fusion blend of music to the stage. A number of big-name Japanese acts will also be performing – including visul kei viruoso Shin, The Sixth Lie, REOL, KAIEN, chiptune girl Toriena, and animated idol/DJ Minami Momochi. 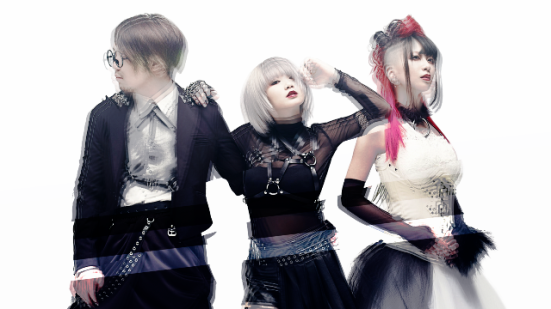 Two of my greatest Japan-related loves are samurai and food. Don’t ask how the two are related. The food at HYPER JAPAN is always a highlight in my book.

The Kikkoman sushi roll competition returns to HYPER JAPAN to find the ultimate sushi roll – only this year the three finalists will be members of the public whose creations have made the shortlist. I actually submitted my own entry but suspect it didn’t make the cut, but you can guarantee this will be an opportunity to try some delicious sushi.

Also on stage will be the S&B wasabi pizza workshop and deco-curry workshop – where a few members of the public will get the chance to try their hand at making some tasty food.

If drinking is more your thing, the Sake experience and a trip to the MIO sparkling sake station are always essential.

If you just want to spend the whole day eating (nothing wrong with that), the Urban food fest or a visit to the many food stalls around HYPER JAPAN are your best bet. 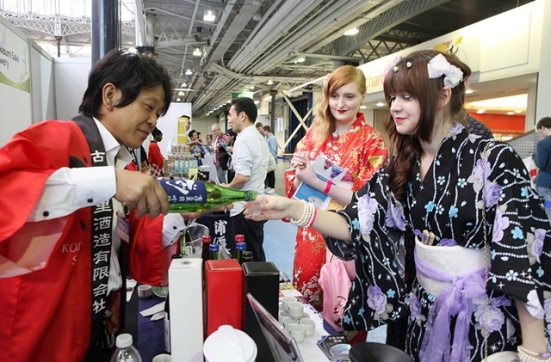 Are you going to HYPER JAPAN this summer? What are you looking forward to seeing? See you there!