It’s that time again when I round up my favourite things that found their way onto Sophie’s Japan Blog this year! I think 2017 surpassed 2016 both in terms of blog activity and general madness in the world…

I’d like to say a big thank you to you lovely readers, sponsors and collaborators!

Below are 2017’s winners and runners-up, with links to their very own blog posts. So, you can catch up on any posts you missed! 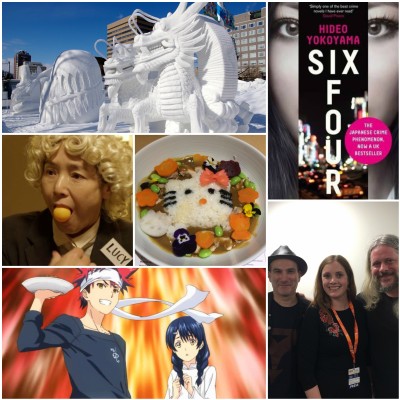 A heads up for 2018: I feel the last few months of this blog have been very film-heavy, which isn’t the level of diversity I’m going for. Not to mention, there was a period where I was forcing myself to fit in three posts away, which simply wasn’t sensible. So, I’m aiming for quality over quantity next year with more varied blog posts!

Travel wish-list spot of the year

Book of the year

Runner-up: Fall Down 7 Times Get Up 8 by Naoki Higashida

Film of the year

Film festival of the year

Anime film of the year

Anime series of the year

Restaurant of the year

Pop up of the year

Bar of the year

Exhibition of the year

Winner: ‘Hokusai: beyond the Great Wave’ at the British Museum

Runner-up: ‘The Japanese House: Architecture and Life After 1945’ at the Barbican

Performance of the year

Winner: Ninagawa’s Macbeth at the Barbican

Event of the year

Interviewee of the year