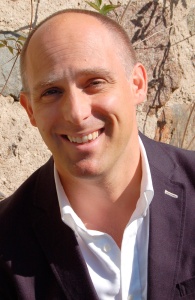 Earlier this week, I reviewed Michael Booth’s latest book, ‘The Meaning of Rice: and Other Tales from the Belly of Japan’. If eating your way around Japan sounds like your idea of heaven, and if you’re genuinely interested in learning more the Japanese food industry and its history, I highly recommend it.

To give you more of a preview of the book, I caught up with the author himself.

This is in fact the second time I’ve interviewed Michael, if you also fancy checking that out…

The Meaning of Rice’ is your second book about Japanese food. How much has changed – both in Japan and for you and your family – since you published ‘Sushi and Beyond’?

I think the Japanese have become more aware of their traditional food culture, and value it more – partly because the rest of the world has gone crazy about Japanese cuisine over the last ten years, whether it is Michelin or the United Nations or all the top chefs who rave about it. There’s amazing pride when you travel around the country in local regions about their produce and dishes. Every prefecture has its thing which is unique or special.

You clearly have a lot of admiration for shokunin, Japanese artisans. Who were some of the most inspiring shokunin you met? Do you think the tradition of shokunin is still going strong?

That tradition is under threat in some areas where the younger generation just don’t want to make the sacrifices, which can often be fore life, but in others, like the potters at Arita, there is a steady supply of people who are prepared to dedicate ten years to learning a skill, and then the next ten years to perfecting it. And they do this without any hope of getting rich, or famous or even really of getting much recognition at all. I met these kinds of people doing everything from making soba to farming nori to pounding mochi the old fashioned way.

It’s great that your wife and sons get to share your experience and travel around Japan with you. What impression do you think the experience had on them?

Like everyone who goes there, my family adore Japan and think only of returning! This time, with my kids a bit older, I wanted them to see some of that shokunin dedication and discipline and sacrifice – I think we are all guilty of forgetting that kind of long term approach to life skills.

After Tokyo, the biggest section of the book is about food in Kyushu. What was your favourite discovery – either food or non-food – in Kyushu?

Ooh, where to start with Kyushu – what an amazing food culture they have there. The world’s greatest nori (which is quite possibly extinct), the oldest continually used sauce in Japan (they just top it up every morning and keep going, and the one I tried has been going for a couple of centuries), shochu, which I think is about to go global in a big way… so much great stuff to eat and drink there!

I got the impression that you find ramen really overrated… and don’t like rice curry! Are there any popular Japanese foods you just couldn’t bring yourself to fall in love with, or think have been done to death?

Ramen has kind of been done to death, or at least, I am a bit tired of ramen which has been over-thought, or just not made properly which, sadly, is often the case, particularly when you travel outside of Japan. Curry rice… yes, I do struggle with that, but was fascinated by its history, and ubiquity in a country which is otherwise so discerning about food. I am still struggling with natto too. But I am determined to acquire that taste.

You seemed a bit disappointed by Hokkaido, at least when you were visiting the cities. What is the best way to explore Japan’s northern island?

No, not disappointed by Hokkaido, not at all. It’s incredible. But mass tourism has ruined a couple of the old food destinations. I still love Sapporo, and when you travel out into the countryside, it is really rewarding and so very different from other parts of Japan.

Do you think the UK and the west has become better for Japanese cuisine over the last few years? What do you think could be the next new ‘craze’?

I am still waiting for the okonomiyaki wave, and if I could buy shares in kushikatsu (breaded, deep fried skewers), I would.

Where do you recommend foodies visit in Japan, whether they’re visiting for the first time or returning?

Of course, for the first time,  you can easily spend a week or two eating your way around Tokyo. After that, most people visit Kyoto, but I would recommend Kanazawa for food, and then Hakata and Kyushu. Shikoku is very special too, and Osaka might well be the most exciting food city in the world.

What was the single greatest thing you ate in ‘The Meaning of Rice’?

Uni. Always uni. Fresh out of the sea.

‘The Meaning of Rice’ is available to order now!