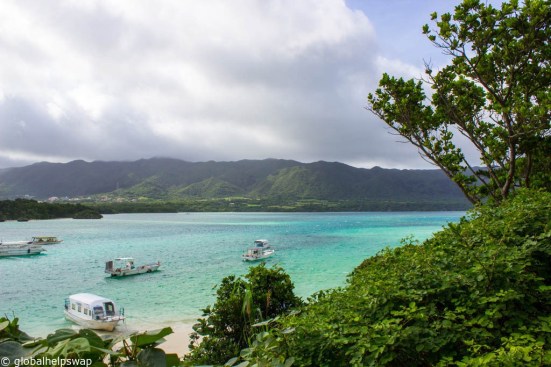 I’ve been meaning to blog about Okinawa for a long time, so am kicking of 2018’s travel section with one of the main cluster of islands in this tropical part of Japan!

Okinawa is the southernmost prefecture of Japan and famed for its subtropical climate and the longevity of its inhabitants. It consists of a few dozen small islands that stretch from Kyushu to Taiwan – about 1,000 kilometres! Given its distance from the rest of mainland Japan, Okinawa Prefecture’s culture, cuisine and arts are quite distinct from the rest of Japan.

The Yaeyama Islands (Yaeyama Retto) are the most southwestern group of islands in Japan. The islands are famed for their laid back atmosphere and rural lifestyle, and are far removed from the rest of the hustle and bustle of Japan. From the Okinawa Main Island, the Yaeyama Islands are an hour’s flight and about 450km away, which gives you a fairly good idea of how remote they are. This is definitely ‘off the beaten’ track.

Ishigaki Island is the gateway to the Yaeyama Islands, so an ideal place to start your island-hopping travels. One of Ishigaki’s most scenic spots is Kabira Bay, where you can take a glass-bottom boat tour (no swimming allowed!) and observe the gathering manta rays. You can dive and snorkel on Ishigaki’s many other beaches, the best being  Yonehara and Sukuji. You can also take in the amazing tropical views from Banna Park, the Tamatorizaki Observatory Deck or the northernmost cape Hirakunosaki. You can then round all that relaxing off with some delicious Ishigaki beef, Wagyu that has been born and bred on the Yaeyama Islands! 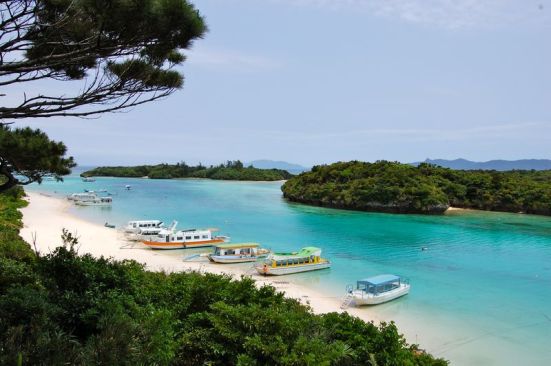 90% of Iriomote Island is covered by a dense semi-tropical jungle, which is a designated national park. Nature-lovers will particularly enjoy Iriomote Island, which is home to the rare Iriomote wildcat and other animals. The island is also a great destination for canoeing and trekking, thanks to the bountiful waterfalls and views. If you want something a bit more relaxing, you can retire to Starsand Beach in the northern part of the island. 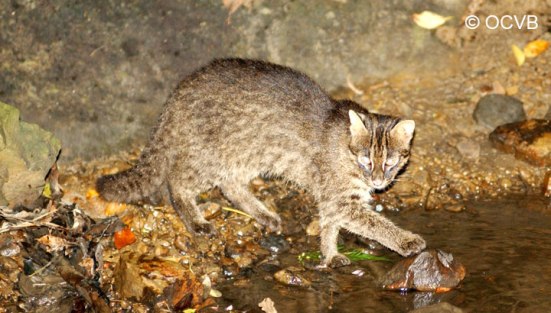 The townscape of Taketomi is an important Historic Building Preservation District. With its white sand paths and red-tiled roof houses, this island is an authentic remnant of the original Okinawa landscape. You can take a leisurely tour of the island in a water buffalo carriage, which is not something you can do anywhere in Japan. Taketomi is just a 10 minute boat ride from Ishigaki Island, making it a popular tourist spot. 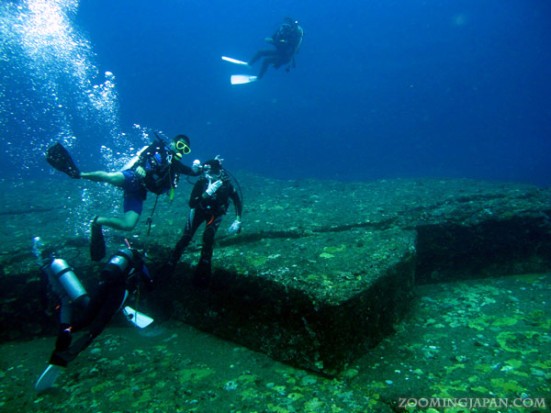 Hateruma Island is home to one of the most beautiful beaches in Japan, Nishihama Beach. After a day of relaxing on the beach, you can look up at the star-lit sky and see an impressive 84 out of the 88 constellations. Relaxing and stargazing. What more do you need on holiday?

Kohama is another one of those ‘take it easy and explore’ kind of islands. Follow the straight ‘Sugar Road’ cutting through the sugarcane fields and climb Mt. Ufutake, where you can enjoy spectacular views of the emerald green sea of other Yaeyama Islands. There are a number of resort hotels and golf courses on Kohama too.

Aragusuku is actually made of two separate islands, Uechi and Shimoki, and can only be crossed on foot at low tide. The island is home to traditional holy rituals that are still practiced today and cannot be filmed, so if you visit Aragusuku Island, be respectful and follow the rules. 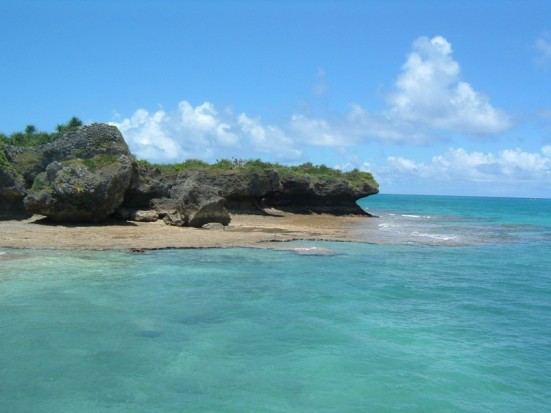 Japan has cat islands and rabbit islands…. but what about cow island? Kuro Island is home to more than ten times as many cows as the population, and those cows eventually go on to become some of the best beef brands in Japan. Each February, a ‘cow festival’ is even held on the island.

Good news, Okinawa also has its own rabbit island! Kayama Island is home to around 500 rabbits and is surrounded by beautiful coral reefs.

Even the Okinawa tourism website says there isn’t much to do on Hatoma island, so if you want to get far away from the crowds this is a good choice. Hatoma Island has few sightseeing attractions, so the most you can do is snorkel or go for a stroll. Isn’t life hard?

Yubu Island is a tiny island with a circumference of just 2.1km. This island is full of subtropical vegetation and colourful islands and can be reached not only by boat but also water buffalo carriage across the shallows from Iriomote Island! 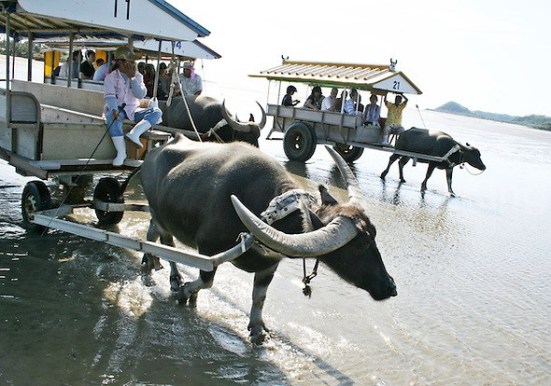 Can’t get enough of the Yaeyama Islands? You can find out more and plan your trip to Okinawa on the Okinawa tourism website!