It’s that time of the year again when I report back from the films I caught at the Japan Foundation Touring Film Programme (JFTFP), which is now in its 15th year! In case it wasn’t obvious, I’m a big fan of Japanese cinema and JFTFP is a very fixed date in my calendar. The screenings have finished in London but are happening elsewhere until 28 March, so you can find a screening near you here.

By far my favourite film of JFTFP this year. I was expecting a dark murder mystery but Memoirs of a Murderer turned out to be more of a black comedy – emphasis on ‘comedy’. When the statute of limitations expires on a series of unsolved murders committed by the ‘Tokyo Strangler’, the culprit (Tatsuya Fujiwara) suddenly appears with a tell-all book about his crimes and sparks a media frenzy. Detective Makimura (Hideaki Ito) failed to solve the case all those years ago – is this his chance for redemption? Yu Irie’s adaption of the Korean thriller Confession of Murder does not disappoint. It’s not too stomach-churning for those who don’t like over-the-top violence but it’s gripping from start to finish and has my new favourite line – “You abused my pen”! 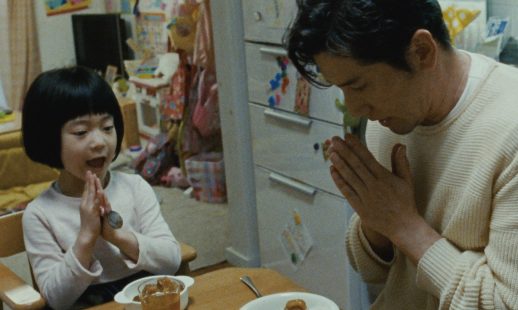 Sachio (Masahiro Motoki) is unable to shed a tear when his wife of twenty years dies in a tragic accident. A selfish, unaffectionate man, he was in fact with another woman on the night of his wife’s death. When Sachio meets Yoichi, the widower of his wife’s best friend who died in the same accident, he becomes unexpectedly takes on the role of surrogate parent. The Long Excuse is a poignant exploration of grief, the media’s fixation on Sachio and family. Sachio makes some form over the course of the film but this is not a simple story of redemption with a rosy ending. The film’s success in fact lies in its subtlety and its two adorable children. 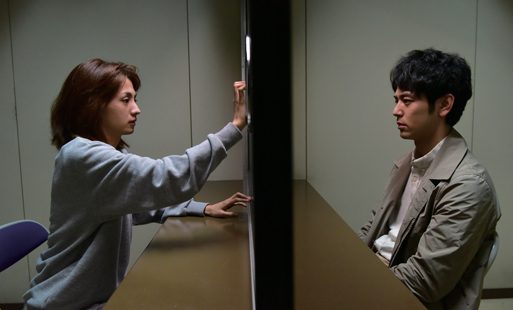 Tanaka is an investigative reporter from a troubled family investigating the unsolved murder of a seemingly ‘perfect’ family. At the same time, his younger sister, Mitsuko, has been arrested for the neglect of her child. As Tanaka interviews the friends of the murdered family, he begins to learn that they may not be as innocent as everyone believed. Gukoroku jumps between the present day and the student days of the murdered parents, slowly building a clearer image of who they really were and forcing Tanaka to confront the demons of his own past. The build up may be slow but the pay off is well worth the wait.

I was keen to see some ‘older’ Japanese cinema at JFTFP, so Room for Let was one of the films I was most intrigued by. Set in post-war Osaka, potter Yumiko Tsuyama rents a room in a ramshackle mansion and unexpectedly starts to share her life with a bizarre array of characters. From Yoda Goro, a ‘jack of all trades’ hiring out his services to illegally sit exams for a desperate student; to an illegal liquor vendor; to an elderly bee-keeper developing aphrodisiacs, Room for Let is a riot from start to finish. There’s no shortage of comedy but, behind the laughs, there is an interesting story to be told about a rapidly-changing Japan by a director who will not be well-known in the west.

I suspect the vast majority of people in the Mumon screening were there primarily for Satoshi Ono, the former vocalist for Japanese band ‘Arashi’. Ono plays Mumon, a skilled yet lazy ninja of the Iga shinobi clan that is under attack from Oda forces. I have a weakness for Japanese historical dramas but was not expecting Mumon to be a comedy. There are a lot of slapstick moments and Satoshi Ono’s over-the-top expressions deserve their own review, judging from the jubilant noises that kept rising from the crowd. Mumon is not the most serious Japanese historical film you’ll see this year but if you’re a fan of your ridiculous special effects and stunts, you’d be mad to miss it.

Technically a bonus review as I didn’t catch Sword of the Stranger at JFTFP, although I’ve seen this film before and it’s also available from All the Anime, so you can treat yourself now. Set in feudal era Japan, a young boy named Kotaro is being pursued by the Chinese royal army. When his dog Tobimaru is injured, Kotaro hires a mysterious, nameless samurai as his bodyguard. Neither are thrilled to be working with each other, but can Tobimaru help ‘No-name’ face his guilty past? Sword of the Stranger is a wonderfully animated film complete with awesome sword fights, courtesy of Studio Bones (Cowboy Bebop, My Hero Academia).